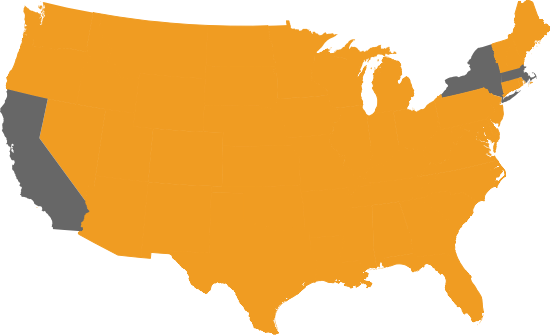 We need to be clear: The concentration of high-value resources in startup clusters is a good thing. Startup commercialization requires scale – a lot of talented people, a lot of money, a lot of advisers, a lot of everything. Even a country as big as America is only going to have a few clusters that get to that scale. We are fortunate to have the ones we have.

But it also means that the innovators in the middle of the country – the best-in-the-world researchers and students at our mid-continent universities – do not co-found companies like they would if they were in close proximity to the clusters. As a result, too much of our research and innovation lies fallow.

Silicon Valley is not a threat to be competed with; it’s an asset to be leveraged. And the best ideas aren’t just born in Silicon Valley; they come from all over the country.

Most of the innovation that gets metabolized by the startup clusters comes from the people who live there. So, Silicon Valley gives us more dating apps and software development tools and payment systems than cures for diseases or materials for next-gen solar power.

That’s great, but it means that a lot our entrepreneurial power is being spent on the concerns of a pretty narrow group of people. It’s human nature. Everybody looks for their keys under the streetlight where they happen to be standing. We expand the “streetlight” that the clusters can cost effectively look under to shine on the entire nation.

We are set up like this. RBP is a 501(c)(3) not-for-profit. Our core mission is the advancement of science in the public interest. We depend on philanthropic support for our work. We also act as the general partner of a venture fund, Research Bridge Partners-Catalyst Fund, which invests in support of our mission. This lets us build the bridges that need to get built, without asking our university business partners to pay for them.

Our board includes the former chair of The Ohio State University’s board of trustees (Dr. Gil Cloyd) and a serial bioscience investor and CEO (Dr. Linda Grais.) Our team members have invested funds from government and the private sector, have run successful organizations in universities and in Silicon Valley, and have gotten our hands dirty doing bench science. We have a lot of McKinsey and Google and BCG and startups on the masthead, and a good balance of Stanford and MIT with Ohio State and Illinois and Texas.

We are sometimes asked: “Does our work support local economic development activity?” It often does, but that is not our focus. Our aperture is national. Some startups should stay near their labs of origin; some will need to move to advance their business and societal impact. What matters is that the science benefits people the way that it should.

This approach means that we do not try to build local versions of Silicon Valley and Boston. We don’t think that’s possible; in our observation, sub-scale startup clusters tend to get sub-scale results. Billions of dollars have probably been spent on such initiatives nationally, and while there have been some notable successes, the gap remains.

America has overcome challenges caused by our vast, continent-spanning geography before. We built bridges and railroads and telegraph lines and interstates and the internet. That infrastructure enabled us to thrive as a nation of dispersed resources and concentrated capabilities. Now we have the chance to do that again, with the most important resource of all – innovation.

Send this to a friend